Found this podcast subscribed on my walk home, tonight.
A talk on Cowspiracy, a Netflix documentary concerning the consequences of our way of life.

edit: I should note, I am currently not as supportive of Joe Rogan as I once was. I still believe he is essentially good, at heart, but, of late, it seems that he often takens the bait, and runs with the false, alternative facts of modern right-wing populism, a la Trump and company. 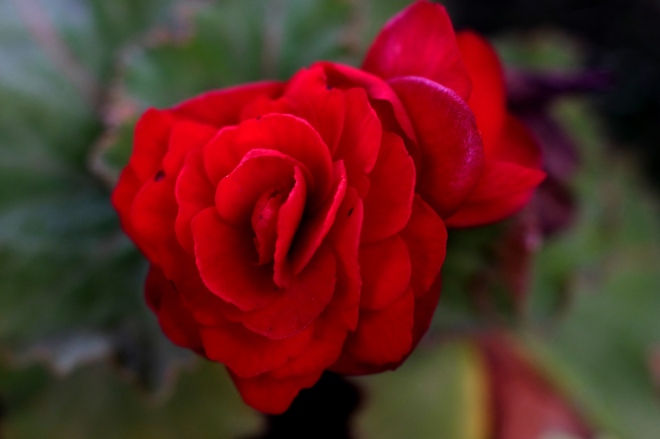 Just walking around with my camera. Even this, I find myself doing less of.

It’s amazing how… mmm, how important mere touch can be, while at the same time being lesser than this noble idea of love. But what is more real, a physical act between two people, or some lofty, vague idea that probably exists nowhere but in my own head… at least in the form by which I presently grasp it.

Perhaps it is because I have been there; I have been wrapped in this vague idea as a butterfly was once wrapped in a cocoon. But now I approach the idea of love, the idea of this transformative cocoon, not as the caterpillar, the loveless and open being that once facilitated it, but as the butterfly that knows it…

And that may be my problem. I have known it. I have expectations.

I once was blind to it, and only then was I able to find it so.

I’m still alive.
These are thoughts.

Business interests are to this world as the massive Kraken is to the ship which it is squeezing, crushing, pulling beneath the waves. Of course, before the ship’s back is broken, we feast on the fruit of the beast.

Is it any wonder though, that things are getting so bad? Although we are among enlightened humans, they, like ourselves, are subject to the same market that supports our way of life. We drink Kraken oil, and we cry when we hear that more of the ships resources and focus are put toward this great monster.

How do we get ourselves out of this mess? I do not know. For, if we push against the interests of the huge corporations of this world, then we will be met with the most aggressive and effective resistance that our own dollars, labour, and livelihoods can offer, for it is we who constitute the Kraken. We do not simply support it, we are it.

The core of the problem is not we the people, but the organization of our persons. And the root of this has to do with a failure to properly conceptualize what is, what we are, and what role we play in the construction of our collective future on Earth and in this vast cosmic beyond.

A talk out of the UK concerning the TPP – Recipe for Ruin: TTIP the Transatlantic Trade and Investment Partnership

It seems that the sky will be turning black, and that the Earth will heave and throw off its back many forms of life. This will likely be unavoidable at this point.

What can be done is to teach our children well. For, when when these bodies are falling to pieces, it will be our children and their children who will face more immediate existential threats, and ideally they will be doing so with greater knowledge and more advanced technological tools by which they may reign in our greedy Kraken before it is too late.

Should we be leaving it to our children?

Well, the Canadian Bill C-51 may actually make it illegal to discuss (much less to do) anything that will reduce the environmental impact of industry, because (as the TPP covers) this hurts business.

Below is an article by internet freedom crusader Michael Geist

And finally, a very, very important talk about the gloomy future of humanity and the planet’s other inhabitants by the incalculably-important Christopher Hedges

edit 2020/10/18 – I should note, my understanding of things has evolved and grown since the posting of this, and I until I can go back, re-watch the material here shared, I am feeling that it is good and useful to make this comment.

To say that I have been neglecting this blog is an understatement. I have been putting all of my energies onto my primary project. The status of that project? Stalled.

It is very disheartening to see so much valuable time go by without anything substantial being accomplished. This is the malady that affects my entire adult life, at present.

Anyway, there are more days, and more opportunities for me to get my life together.

Here is great view from Terence McKenna, on Opening the Doors of Creativity

When I finally publish my work, people who are familiar with the work of McKenna will no doubt see similarities, parallels, and probably a great similarity between his, my own, and Eastern philosophy more generally. To become as lucid as Terence is my dream.

But we all have dreams, surely.

From another love of mine, here is a lecture from Carl Sagan, The Earth as a Planet.

That’s all that I have for today.

Perhaps I will share something tomorrow as well.
Baby steps toward productivity… or at least a less-useless state.

Abou Ali Issa: The Lebanese Hero Of The Tripoli Explosions

A man sacrifices himself to protect a crowded cafe in Tripoli, Lebanon.

Suffice to say, this man’s quick and good-natured thinking make him a clear example of human excellence, and of the greatness that we all posses within ourselves.

It is a touching story in his memory, to his honor.
Enjoy,

A Separate State of Mind | A Blog by Elie Fares

Two days ago, Tripoli got hit with death yet again as a terrorist attack took place in its Jabal Mohsen neighborhood.

The politics and intricacies of the attack are many, but there is one story of heroism springing out of the horror that took place on Saturday that no one is talking about. I figured I will, because this particular story about these kinds of people are the ones that make you see that faint silver lining in all the mayhem.

Many have wondered how come a café as crowded as the one attacked in Jabal Mohsen only amounted to less than 10 casualties. That’s because the suicide bombing attack didn’t go according to the two terrorists’ plans.

Among those at the café was a brave, courageous, heroic man called Abou Ali Issa. He was a father of seven. When Abou Ali Issa saw the second suicide bomber approaching the premises to…

Neil deGrasse Tyson and Richard Dawkins, a conversation | The Poetry of Science + a tight beat

I hope you enjoy, or find useful, the following.

Neil deGrasse Tyson and Richard Dawkins – The Poetry of Science

I hope your week is going well.

RSA Shorts – The Power of Empathy: What is empathy, and why it is different from sympathy.

How the economy works in 30 minutes. From the largest hedge fund manager in the world, Ray Dalio who predicted the 2008 financial crisis.

Sky at Night: The sounds of the universe – “While sound can’t travel directly through the vacuum of space, there is noise in the universe. From a distant star collapsing in on itself, to an aurora on another planet in our Solar System.” – BBC News

Sky at Night: The sounds of the universe [LINK]

Just some links for you today.

The self and others, “spirit” and “structure”: a pithy talk on the needs of the new religion, or new way of being, and being toward one another.

The Shortcomings of Religion and the Coming Revolution, with Roberto Unger

Just sharing some cool stuff that I’ve been looking at as of late.

This song is pretty sweet.

Here’s some math for you – GPU Fluid Solver: Rayleigh-Taylor Instability.

From youtube: “A fresh GPU implementation of a fluid solver on a MAC grid using the fluid implicit particle method (FLIP), which greatly reduces numerical dissipation.”

I am not about to say that I understand Einstein’s General Theory of Relativity, but the physical world is the way that it is, and this theory goes a long way to explain that world.

I have watched about half of these, and I plan to continue. It’s delivered in a straight forward, clear, and yet nonthreatening way.