Business interests are to this world as the massive Kraken is to the ship which it is squeezing, crushing, pulling beneath the waves. Of course, before the ship’s back is broken, we feast on the fruit of the beast.

Is it any wonder though, that things are getting so bad? Although we are among enlightened humans, they, like ourselves, are subject to the same market that supports our way of life. We drink Kraken oil, and we cry when we hear that more of the ships resources and focus are put toward this great monster.

How do we get ourselves out of this mess? I do not know. For, if we push against the interests of the huge corporations of this world, then we will be met with the most aggressive and effective resistance that our own dollars, labour, and livelihoods can offer, for it is we who constitute the Kraken. We do not simply support it, we are it.

The core of the problem is not we the people, but the organization of our persons. And the root of this has to do with a failure to properly conceptualize what is, what we are, and what role we play in the construction of our collective future on Earth and in this vast cosmic beyond. 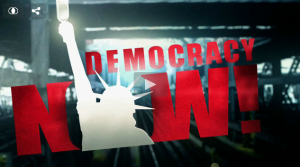 A talk out of the UK concerning the TPP – Recipe for Ruin: TTIP the Transatlantic Trade and Investment Partnership

It seems that the sky will be turning black, and that the Earth will heave and throw off its back many forms of life. This will likely be unavoidable at this point.

What can be done is to teach our children well. For, when when these bodies are falling to pieces, it will be our children and their children who will face more immediate existential threats, and ideally they will be doing so with greater knowledge and more advanced technological tools by which they may reign in our greedy Kraken before it is too late.

Should we be leaving it to our children?

Well, the Canadian Bill C-51 may actually make it illegal to discuss (much less to do) anything that will reduce the environmental impact of industry, because (as the TPP covers) this hurts business.

Below is an article by internet freedom crusader Michael Geist

And finally, a very, very important talk about the gloomy future of humanity and the planet’s other inhabitants by the incalculably-important Christopher Hedges

I often think but seldom share these thoughts. And if the product of my thinking is to affect anything but my own sense of satisfaction, then surely it must be shared. Here you may try to know what I believe to know.
View all posts by Ossington →
This entry was posted in environmentalism, lecture, TPP and tagged bill c-51, Chris Hedges, environmentalism, TPP, Transatlantic Trade and Investment Partnership, TTIP. Bookmark the permalink.