Clickity-clack on the typewriter | A truth both inconvenient and forgotten

Though this blog has some 725 (or so) subscribers, and some perhaps check this semi-regularly on account of their knowing me in the real world, I’m sure you and the majority of those like you are just passing through.

I hope you enjoy what music, facts and digressions this publication has to offer.

Clickity-clack on the typewriter,
meowity-purr spoken by a feline friend,
and ’round moves the edge of the record, like a planet falling toward a star (but always missing).

As perhaps you too may have noticed, this winter has been so long and cold. Surely this coming summer will be the most beautiful, best smelling, best looking, best feeling, indeed, the best summer ever.

In accordance with having a really enjoyable summer, making sure I am healthy, getting myself out into plenty of uncertain social situations, I also hope to do such things as acquire a typewriter, for what is happiness if not possessing things?

I feel that a typewriter has the kind of absolute nature of the pen… only in a greater sense. Further, the typewriter provides universal legibility. So, that’s pretty sweet.

I also wish to meet a feline friend in need of a flatmate. And by this I mean get a cat. And by this I mean keep in my possession a non-human life, of a relatively high sub-human intelligence. Cats look like they really enjoy their lives with humans, and so I feel somewhat justified in making a distinction between whales in captivity vs. cats in captivity, such that I can be like gross to a dolphin show, but then be very pleased when I discover that a friend has a cat.

In addition to said feline friend, I would like to purchase at a yard sale (or find on the curb for free) a record player. With it I can relish in my collection and enjoyment of an antiquated medium, and the cat can be like why the fuck is that thing moving, I should definitely jump on it, and generally fuck its shit up!, and so both parties would be pleased.

I should also like to learn to rock a proper handstand for this, our as-yet arrived, best fucking summer ever.

Why the handstand? The sun.

The handstand is to show that red-faced bastard in the sky, the same hot-head glaring at me so, that I can lift the Earth o’er my head, and thus that I am not to be trifled with!

Don’t get me wrong, I worship Sol as much as the next dark soul.

The sun is a wondrous body.

Still, it would send the right message to That which provides all energy by which (virtually) all the life on Earth is sustained.

Sex, freedom, justice; the will to power, and all that I do not possess– but could.

These things I desire as I thirst for water.

The need for these is a need perhaps more proper to the animal constitution of ourselves, and not of the high-minded human person that rises from this animal frame and animal brain.

Well, justice seems to be a high-minded concept, but the desire for what is interpreted as justice is what I am referring to, perhaps it is better read as vengeance.

Sometimes the presence of certain persons, the thought of power in potentiality, the scents of savory foods, such input brings forth remnants of prior instincts, inclinations within ourselves concomitant to the actions of the fish in the bowl, the sheep in the flock, the wolf in the forest, the lion in the pride, the great ape in the tree, and of the proud human looking over a battlefield.

But just as one swallows pride, so too do we swallow these memories of life before we knew better. And we do know better. 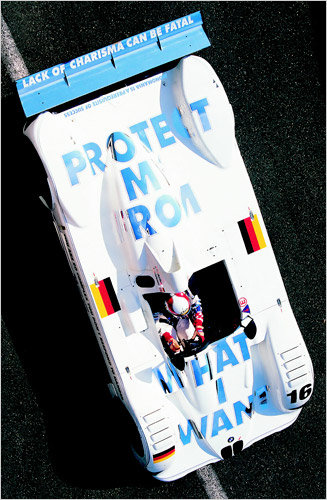 It is good for our sake, that the accidental bite of the cheek, the dripping of some blood onto the tongue, that this does not awake in us the familiarity of that taste of our prior naturalistic ways of mere Animalia, those instincts and inclinations which got us as far as (and no further than) the precipice of civilization and humanity proper.

Suffice to say, if we can help it (we lack only the will), we are not going back to the days of digging with our finger nails, and knowing not of literature, nor the scientific method, or of concepts as integral to long-term flourashing as reason, medicine, and interplanetary travel.

It is good that we can want things, and then to want other, greater things enough to tame the former in sacrifice toward the realization of the latter. That we have civilizations, order, lives with structure.

It is good that we refrain from the base, the useless, the lazy in some respects, but our doing this only partly may create the illusion that we do enough, that our actions are sufficient to address the effects which they aim to cause.

But so much is left undone, unfixed, and the status quo becomes that much more solid than a diamond.

We feel too good about the too little that we do, and as a result we stop there, and we hope on high, whether we admit it or not, that some supernatural power will come in and do those things which appear as inconvenient and completely necessary for our survival.

It’s so sad that we talk not of how to flourish, but how merely to survive.

In time there will either be nothing like this, or there will be a better this.

I believe that the belief in, and honest want for, a better this, a better free civilization where plurality and variation reflects our collective health, will be the unifying understanding that every man, woman, and child can find themselves to hold without coercion.

It is interesting that 8 years after Al Gore’s film An Inconvenient Truth was released, today we have a widely read NASA Report which essentially says that this industrial civilization of ours is on a collision-course with the consequences appropriate to the actions of the powerful, and the inaction of the rest of us.

When Al Gore released this film, many of the privileged middle classes were still buying their Cadillac SUVs, their Hummers. Then, a little bit afterward they began to buy their economical Toyota Prius(es), and others flocked to bicycles.

But really, nothing changed. The system itself is more rigid and less compliant than ever before.

And now we have not a film which talks of the future, and of events which can be expected unless something is done. No, that would be nice to have.

Instead, we have a notice for a bill which is past-due.

The day that we needed to begin enacting real systematic change has already occurred.

Change. How could there be change?

It seems that the most obvious solution (to speak beyond the authoritative/funded systems in existence today) would be to take all of the world’s best scientists, and to assign them philosophers and theologians who think of the good and the right, and then to supplement this group further with engineers and children.

Scientists know the facts, have the rigor and the method to find the truth, the philosophers and the men and women of God concern themselves with ultimate ends, with what is morally/ethically permissible; the engineers know how to get things done, they speak of feasibility; and the children, because adults are like lenses made thicker with time, and the naiveté of a child is invaluable in this respect. Not speaking here of a toddler, but a kid that may ask why or what about to those situations which the hardened and relatively closed mind of an adult would miss.

We give these people funding, and we put them away to think and to debate, and to discover what is the right thing to do, and how and why it should be done. Further, they will determine toward what ends we ought to do all of us.

The alternative, politicians, those sellers of the self, those spinners of lies (participants in politics), will only string us along for as long as each of them can get something out of it. And I do not say that out of hatred politicians, but with regard to the obvious fault in the nature of a system where strategy outweighs honesty, and towing the party, popular, or fearful line is deemed to be the only realistic choice.

The politicians are probably pretty sick themselves, but the system within which they operate extrudes them into the shape that they, a consequence of their being so formed, exploit the system.

It is probably less a fault of the politicians than it is our fault for collectively giving them the free pass of blind obedience to their complete authority despite a lack of indications that our governance is moving to do those things which are most right and good.

Beyond the veneer of politics, down to the meat of this modern existence, commerce. I can honestly say that I do not know what the best economic system would be.

Though it seems clear that an alternative system is required. That, or so much reform and implemented foresight, such that the result would look to us to be a completely novel system.

I have to make sure these thoughts of mine, however temporary, are known in case someone ever tries to get me into elected office.

I represent myself, and even then only so well.

Though, one ought not elect someone who “does no wrong”, because to lead as one who does no wrong (an unlikely truth), and to represent a great mass of persons who do wrong as a matter of everyday existence… there is something quite obviously wrong about this. It seems that we require most of all, representatives who authentically represent us.

Still, a better man is preferable to a good man.

Vindata ft. Kenzie May – All I Really Need (Regulated Edition)

I often think but seldom share these thoughts. And if the product of my thinking is to affect anything but my own sense of satisfaction, then surely it must be shared. Here you may try to know what I believe to know.
View all posts by Ossington →
This entry was posted in 2014, animals, civilization, climate change, conjecture, instinct, Politics, thoughts, Uncategorized, writing and tagged a better man is always preferable to a good man, al gore, Al Gore's film An Inconvenient Truth, animals, climate change, Dark Souls, Deap Vally - Gonna Make My Own Money, do you even worship the sun?, environmentalism, FIDLAR - "Cheap Beer" (Official Video), i desire the things which will destroy me in the end, if only I could be so grossly incandescent, instinct, life, NASA report on civilization, protect me from what I want, Savages - "Shut Up", SPLASHH ~ Vacation (Official), Sylvia plath, Temples - Shelter Song, Temples - Sun Structures [Full Album], Tony Abbott questioned by Newtown High Students, Vindata ft. Kenzie May - All I Really Need (Regulated Edition). Bookmark the permalink.