neo-pterodactyls and the elite | NASA: inequity will end civilization

A talk on humanity, on the future, on civilization, on hopelessness, and hope, and hope.

Only ourselves, our good future, and the will to action between us.

It was decided by the editorial board (with only half abstaining), a unanimous decision to spend the purse (one recovered from the belly of a swordfish found sticking out of a trolley’s hull) on the purchase of thisconjecture.com, by this publication.

Doing so was not our only choice.

The alternate, I suppose, would be the removal of the ads from this publication which WordPress sells, in order to turn a dollar on the use of their servers, software, and services. It was either to do that for you, the reader, or instead to go the way of vanity, and secure the name for ourselves, for a time.

During the pre-vote discussion (if I remember correctly), you essentially had two opposing camps of thinking; one side said, do not pay to have the ads removed, and wanted the domain name purchased, while the other half of the vote did not want to remove the ads and… well they must have had some other position, but its memory eludes me at present.

Suffice to say, the bicentennial editors meeting was a sucess.

If I recall a correctly,  a couple people are still pretty red…

(We went through all of the convention’s supply of Fresca)

Other such discussions covered the ‘keep the course’ argument concerning the complete absence of editorial standards or necessary guarantee for creation, for education, for value to the reader.

Though, we would still like to do these things for you. Maybe some other time, 200 years from last Tuesday, we meet again and discuss paying to have the ads removed. Maybe we’ll put it to a vote. No promises.

Of course, by then we may be either on isolated compounds apart from a lawless zone devoid of commerce, police, and property so conventionally thought.

Worse yet, we may be on the wrong side of power, and we are instead hunched in long forgotten pipes, our skin covered in dirt, with with bones knotted in our hair and pierced through our noses, trying to crack open rare pterodactyl eggs, ever weary of the sound of something approaching, be it another lost soul, a beast, or the endless advance of water inland!

The below I have posted a couple days ago, when I was speaking as some Eastern god of life and death… so perhaps the article was lost in the art. 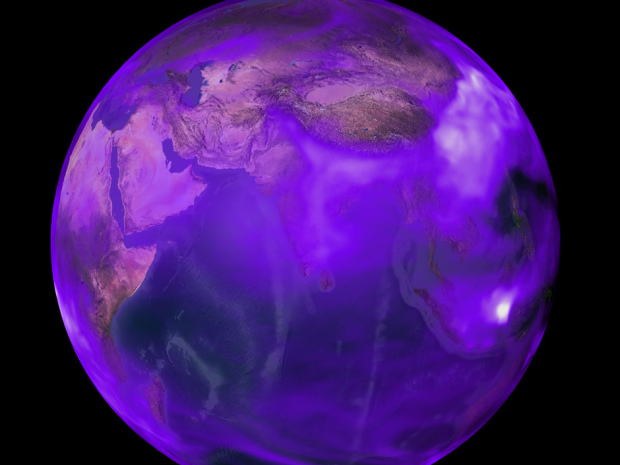 “We could posit that this buffer of wealth … allows Elites to continue ‘business as usual’ despite the impending catastrophe,” it continues, suggesting that these kind of “oblivious elites” destroyed the Mayans and the Romans. (click image for story)

I am assuming the elite will have made a last ditch effort to save the world. No doubt by genetically engineering large, colorful pterodactyls suited to thrive in the ongoing environmental catastrophe that makes anything but deep underground farming impossible.

The theory was that these pterodactyls would court like crazy, and so lay eggs on the r-e-g-u-l-a-r (both sexes). And it would have worked too… had we not been blind to the possibility of a spontaneous mutation, a social evolution toward a kind of neo-pterodactyl.

It was never imagined that they would become so intelligent, so really very clever.

Rarely did one of their eggs reach the ground.

The birds would swoop down, and roll around, dart back up, and in so doing never lose their egg(s) which each bird would keep firm against his or her back, between the shoulders.

The birds did, upon achieving astonishing numbers in their roaming populations, form large rings of birds, rotating masses that looked to be as gears moving through the sky, or opaque disks or great bowls of birds causing tremendous shadows to slowly creep over entire valleys.

With their wing tips touching, they would move their bodies, feet and tail-feathers of red and what and blue, to move as fish through the air. The birds looked serene in their movement, their faces looking unconcerned*.

*Note, reptile-like birds have some of the best concerned faces

Because they became so adept at forming and performing this maneuver, they soon discovered to layer their large formations. Ultimately, from the voluntary act of each, there was materialized flying composite structures of birds, each set of linked wings expertly moving in fluid harmony.

The most perfect organization. It was like a self-propelled bee hive (there were those too), only with birds that look and behave nothing like bees!

The birds would roll their eggs on their backs, and inside they would battle the bees… the bees lost the first two great bee and neo-pterodactyl wars of the years 2088 and 2119, though by then, calenders were nothing more than wads paper set with sharp lines and faded colours long since forgotten, now collected as keepsakes by those who stand exposed on the planet’s inhospitable surface (the folks with bones in their hair, appearing ever-disheveled).

Come to think about it, it’s really too bad that pterodactyl idea didn’t pan out…

Anyway, concomitant with the bend of this blog, and the intent of this mind/organization generally, prior and future posts (and works apart from this publication) will speak to ways of being to extend, improve, and make better human existence, and ultimately all animal existence. There will also be silly posts, vapid posts, cat videos.

It’s funny, or ironic, or some such feeling of the gut that, amid this cold calculation which shows to us what we essentially knew, nations squabble of territories, buy and shine and shoot and sell their guns.

Economically, I would probably naively say that the system which is needed may be something like capitalism which has at its core the environment and the lives of the most humans and animals as its goal, and thus its intent and steady trajectory toward supporting, defending, and improving as necessary these ideals and the life they concern.

If you too are somber (hearing about the pterodactyls besting our richest, most repressed humans), then we may continue this with a very, very cool short called Paths of Hate – Full HD Animated Short.

A note, when I watched this, I did so on mute with slow jazz playing. It was strikingly beautiful, even amid my sloth-like abandoning of my laid-back search for the stereo remote.

Worked for me, I hope that the sound is good for you. Stay with it.

Lest we end this on a sour note, we must remember that every problem is but an opportunity to overcome. If problems look like dead ends, then we die. We must ensure that we are limber, willing, and able to adapt as needed.

Here is the link to the second episode of Cosmos Episode 2: Some of the Things That Molecules Do

Take care, and do not worry (worry, but not too much). We can get through this, not to say that we will necessarily… because responsibility does not fulfill itself without action. And that correct action, though we do not as yet know its form, we may seek it, I believe we can find it, and to do and become that way which is best… we must.

We will, or we will be rendered down, to be as those who collect bits of the past from the soaking floor of a sinking civilization.

The future is ours

Peace, (love and teach your children… or don’t have children, and instead dedicate your time planting trees, cutting soda can rings, and shining apples for those without sweaters)